Are you a software or application developer, join us for this hands-on experience to manage your Cloud way with Oracle Cloud.

Join the Hackathon challenge to develop an application using any of the Oracle Cloud offerings — Java, Database, Developer & Mobile Cloud services and get the chance to be a co-founder of a start-up company fully supported and funded by multinational organizations.

The Hackathon: During the experience, develop an application using any of the Oracle Cloud offerings – Java, Database, Developer & Mobile Cloud services and get the chance of grabbing exciting prizes.

KCB will incubate the winning Application idea from prototype to market launch and use their market reach and expertise to drive it to success.

Don’t miss this once in a life time experience and book your place now!

Participants should bring their own laptops to connect to the workshop environment. Laptops must be able to access the internet via Oracle Wi-Fi and be configurable for SSL/VPN (instructions and a test will be provided). 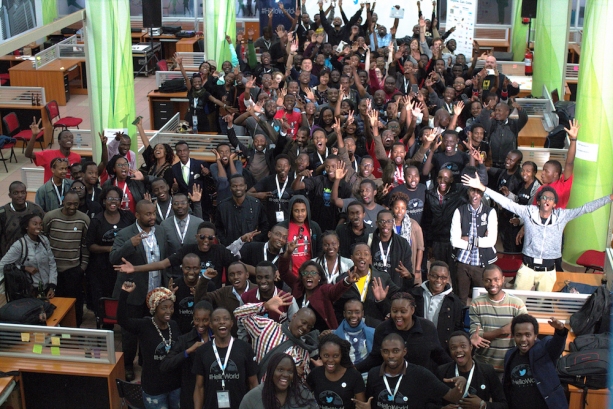 Nairobi Tech Week (NTW) was twitter developers relations team and Angelhack very first tech event in Africa, which was said to be the largest tech event in the whole of Sub-Saharan Africa with prominent IT institutions as partners and sponsors. The partners like @iLabAfrica(Strathmore University), *iHub and Moringa school, oversaw the success of the event which aimed in bolstering the growing tech sector and culminating support in one place in just one week.

NTW brought to attention the work of Chief Technical Officers and Developers behind leading apps and services, who often get overlooked as the products they create go on to power game-changing technologies and innovations that achieve recognition and commercial success. Several industry players graced this event and discussed tech trends in finance, education, agriculture, music, e-commerce, government, health and data science. They took the crowd through the growing changes in IT and anticipated growth in the future.

The event started on the 27th of April with Moringa School’s founder, Audry Cheng and other tech influencers like Hilda Moraa, Josiah Mugambi, to name but a few giving an opening plenary and setting the ball rolling. Afterwards, breakout sessions followed. The breakout sessions served as an eye-opener for the various players in the tech sector, broadening the field of ideas for developers and young entrepreneurs. For the three days that followed, panel after panel of actors and professional developers graced the sessions advising, coaching and encouraging young developers in the field. At the end of the week, there had been a total of 36 breakout sessions and 20 panels.

Nairobi Tech Week also accommodated #HelloWorld Twitter Tour where the twitter developers interacted with Kenyan developers around the Twitter platform. AngelHack, the world’s largest and most diverse hacking community, hosted a 2 day hackathon. The #SmartCityNairobi challenge was aimed at the developer community in Nairobi in conjunction with Twitter and the *iHub. Developers had a chance to create a solution for the city using Twitter’s API to solve a problem in the city. The technology was required to bring a positive impact on the world, people, and or environment.  This saw two teams, Fixmtaa and Naimotion taking the Twitter and Code4impact Awards. The Reporttaka team took the overall price making them the winners of the first ever hackathon held in Africa. They get an opportunity to turn their hackathon idea into a startup reality in a 12-week curriculum among other prices.

Wondering what happened to Team ReportTaka?? Well, they won a huge grant.

Intel is planning a challenge known as the Intel Developer Champ Challenge for developers, which involves different key tech hubs and universities in Kenya.  We would like to present this Challenge to developers and give them a chance to participate on this challenge.

The Intel Developer challenge is a loyalty program that is run on an online page where developers are invited to take on different challenges such as test an app on Testdroid, take a short online training on the tools and SW, download the SDK’s, watch videos etc.

The goal of the program is to drive 2015 objectives across Android / IOT / RealSense around unique visitors, tool downloads, repeat visitors and Developers trained.

More information will be shared by Intel as the challenge continues.

There are exciting prizes to be won for both the developers and the hub managers.

Catch the Biggest Developer Meetups on Mobile and Big Data at @iLabAfrica, Strathmore University with IBM 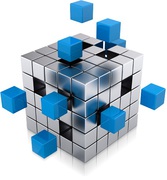 @iLabAfrica, @iBizAfrica and the IBM Corporate Services Corps team in Strathmore University have organized two meetups for developers in Kenya. the Meetups will be a platform to discuss the latest and futuristic trends in software development especially big data analytics, cloud and the internet of things. The meetups are part of a two weeks-long program to train Kenyan developers on the latest, disruptive and game changing trends in software development, by the best software and business developers from the most innovative company in the world, IBM.

Description: Geared towards developers, data scientists and ALL Big Data enthusiasts, our meetups provide an opportunity to work hands on with the solutions and tools in our Big Data portfolio.

Description: At this meetup we will deliver an introductory presentation about Cloud, Web, Mobile, Social and Internet of Things and Technical walk through of new Cloud development platform IBM BlueMix.

All are welcome and its all FREE!