The first Cohort of the Autism Tech Project completed their classes on 28th April 2017. The project is on a pilot basis and is the first project of its kind in Strathmore University. The project seeks to create an environment whereby certain individuals on the Autism 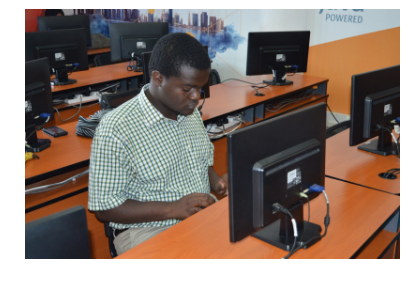 Spectrum can be trained on Software Testing and other areas of IT and get employment. @iLabAfrica partnered with IBM, who provided their software testing tool.  After a series of interviews, 5 students were selected to pioneer it at @iLabAfrica.

Project Autism Tech was conceived in November 2015 as a possible means to addressing the problem of unemployment amongst capable individuals in the Autism Spectrum within the field of software testing. This specific area was selected because it is a model that has been successfully proven in all continents of the world except in Africa.

@iLabAfrica, being a Research Centre in Strathmore University established in 2011 to spearhead Research and Innovation in the ICT for the Development (ICT4D) ecosystem towards the attainment of the UNDP Sustainable Development Goals (SDGs) and Kenya’s Vision 2030, was selected by the Project pioneer to partner in the execution of the pilot project.

The project sought to create an environment whereby certain individuals on the Autism Spectrum could be trained and get employment on the basis of their areas of strength. Software Testing & Quality assurance is one such area where people with Autism have been known to excel and thus the project was borne.

The 5 Candidates went through a series of classes that comprised of Information Technology, soft skills and life skills. In IT they learnt about software testing, data entry, cloud computing, basic programming and Internet among others. Some of the soft skills they were taught were communicating with colleagues, respecting personal space, advocating for themselves and professionalism of work. They were also taught on how to do interviews, going through contracts and seeking advice before signing any agreement with companies or persons. They were exposed to making and doing presentations in order to show and sell any ideas and information when required.

“The experience has helped the candidates grow a lot socially since the beginning of the project. Initially, they had difficulties in holding conversations and teamwork. These communication and social challenges are due to the fact that they are on the autism spectrum. But with time, through intensive coaching and role playing, a huge improvement has been seen. Today they are able to hold group discussions and work in a team with minimal supervision”, said Naomi Nyambura who is their Job coach.

The project gave the candidates an opportunity to make friends and have meaningful work relationships with neuro-typical colleagues. Through the pilot project, those in the university were sensitized on Autism and what it is all about and were able to connect with the candidates and  assist them in any way possible. 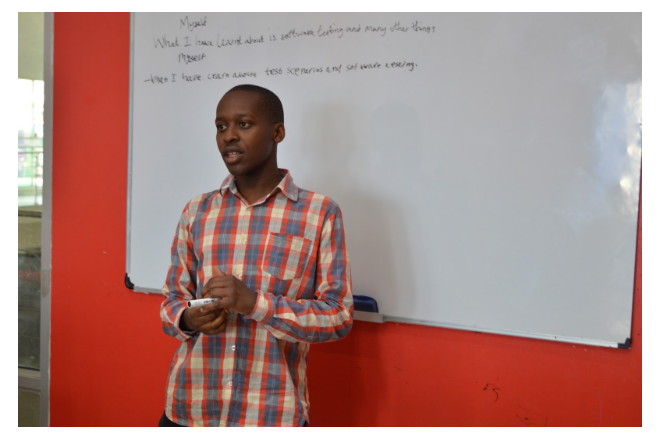 Outcome of the Project

The ego, confidence and morale of the candidates also improved a great deal as a result of being in the Autism Tech project. They had always dreamt of being in a university, being accepted and treated normally without discrimination. This is what they got and it has helped them increase their self-belief, and worked hard throughout their training. Their goal is to get employed, to be independent. This project opened a door for this goal to be achieved. 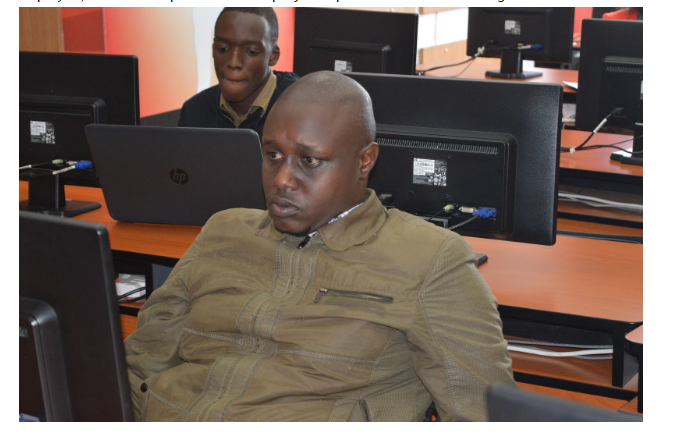 All in all the Autism Tech project has been a great success. It is evident that with continued support, people with disabilities have a chance of getting training in IT and getting meaningful employment thereby becoming independent and leading a more normal life.

The panel discussion was the culmination of a two weeks training program by the IBM Corporate Services Group on Next Generation Application Development.  It was an opportunity to examine the state of software development training in the country from both the academic and industry angles. Panelists were drawn from both fields and all addressed different issues in regard to what needs to be done to ensure Kenyan software developers keep up with the latest trends and are trained to become problem solvers and not language-specific programmers.

The IBM corporate services group, led by Ben Mann, the program director at IBM’s software division took the stage to explain the future of software development. They observed that application development is continuously changing and developers need to learn a new way of producing software in order to keep up with the demand and competition. In this new model software is developed much faster, deployed quickly and updated continuously to meet users’ needs. Cloud, mobile, big data, social and Internet of things are the new drivers of software development and the IBM team had spent close to two weeks teaching these skills to developers in Kenya.

The panel discussion was attended by a mix of students, software developers and other IT professionals who packed the Strathmore University auditorium to take part in the great discussion. The discussion was a sizzling and engaging session where various issues were raised in regard to challenges facing software developers and possible solutions. One of the challenges identified was that curriculum is hardly keeping up with the continuously changing industry needs. This was pointed out by one of the panelists, Dr.  Joseph Sevilla, the director of @iLabAfrica, and the founder of the Faculty of IT in Strathmore University. Dr. Sevilla observed that this can be improved by involving industry experts in curriculum review and running co-curriculum activities that expose students to training in the latest technologies. Another Panelist, Veronicah Ogeto, head of innovation at Safaricom supported this saying that many graduates take a long time to adapt to industry standards, requiring longer training periods. One of the initiatives Safaricom is running to reduce the disparity is deploying environments where students can learn industry relevant skills while still in university.  For example, Safaricom has deployed a telecommunications infrastructure to help students in JKUAT learn hands-on skills in GSM network operations. While the technical skills are very important, developers also need good communication skills, soft skills and ability to relate to people from different cultures. This was observed by another panelist, Rachel Reinitz-Distinguished Engin­eer and CTO of Soft­ware Ser­vices for Web­sphere, IBM Soft­ware Group. Conrad Akunga an experienced software developer and founder of Mzalendo challenged students to become problem solvers and not to confine themselves behind a particular programming language or platform. He observed that this was one of the major hurdles that software developers had to jump to have real impact in solving the many problems that Africa faces.

At the end of the discussion, the consensus was that the most important thing for students aspiring to become great software developers was to gain skills learn how to solve problems.  Industry, academia and the students were also challenge to foster the right motivation to work for changing Africa.

The IBM Corporate Service Corps team and @iLabAfrica, Strathmore University will hold a Panel Discussion about Software Development and Innovation in Africa. The Panel Session is the grand finale of a two weeks developer workshop on Cloud, Mobile, Web, Social and the Internet of Things.

The panel session will be attended by highly influential technology and ICT stakeholders in Kenya from the private sector, government and the Kenya software development community at large. Also present will be a team of experts from the IBM CSC group. The group has been in Strathmore University since 7th of May, imparting skills and knowledge in the use of next generation application development tools and techniques.

This event is FREE and open to the public, especially people in the software development field, students, educators and all technology enthusiasts in the country.